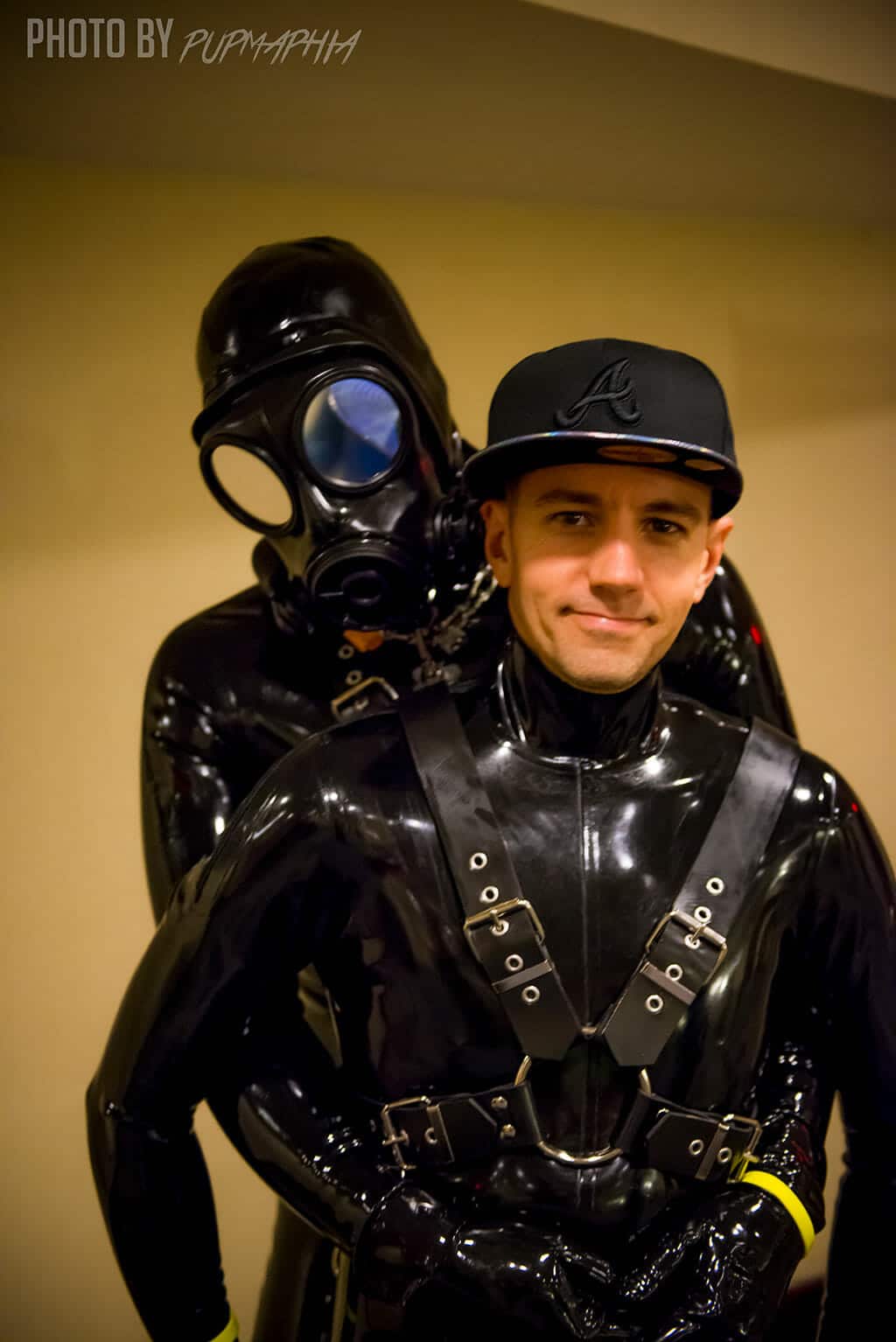 *Disclaimer (Dog loves these) again dogs blunt, gonna tell it how it is*

To start off, Sir and Dog attended MAL this year and had an absolutely fantastic time! Was great to see old friends and meet some new ones in the process. With that said this brings me to the topic of events. Sir and Dog had a pretty lengthy discussion about events. We both came down to our list of favorites and what is the best bang for our vacation time and schedule. I know in the past we seemed to be at everything but it took a major toll on both of us. Stuff around the house wasn’t getting done, we couldn’t concentrate on boring adulting stuff that was necessary.  We concluded that this year we will be attending MAL, Manchester in April (YAYA), Folsom EU and MIR. Next year will be mostly the same events but trying to attend other events in Europe. As we tend to spend our anniversary a bit late in Berlin for Folsom, we decided for 2019 to attend Leather & Fetish Pride Belgium and who knows for 2020. This allows us to still go out and have fun with friends but also better our time management.

Next order of business regards Dog. Time and time again, life’s been a bit of a roller coaster for dog the past couple of years. Dog was trying to find himself after years of hiding his kink and orientation from many of his friends and family and living a relatively boring straight life with only conducting kinky stuff in the shadows with a very small group of friends. As Dog became more open, it was very taxing trying to cover all bases as far as revealing the news to others. With luck, most of dogs friends and coworkers took the news fairly well, a few WTF’s but nothing serious. On the flip side, Dog’s parents didn’t take it so well. It was a pretty hard time telling them everything, being bi, kink, dogging and oh BTW Dog’s married to Sir. But time did its magic and they finally warmed up to the recent news. During this time it put a major stressor on Dog which caused his attitude to shift a bit depending on things. Coming out and being overwhelmed with the kink community was pretty challenging and Dog did his best to manage, it was a major learning experience for Dog.

The most drastic factor with Dog is his physical health. Dog doesn’t like to air his dirty laundry all the time but dogs been dealing with some issues regarding his health. For the past couple years Dog’s had chronic back pain and issues with his knee. Years of working the job and riding dirt bikes have taken a toll on Dog. Waking up every day in Dog’s mid 20’s with back pain can really change who you are. It made Dog very irritable and short-fused with people. The problem mainly wasn’t the discomfort and pain but the limiting factors it placed on Dog. Last year Dog finally went to the Vet to figure out what exactly was going on, it wasn’t good news. Dog is a very active dog, he goes to the gym 5-6 days a week, loves being active and has a lot of energy. It isn’t uncommon for Dog to be sitting at home and haul ass to the gym at Midnight or 1 AM just to burn off energy. So when Dog got the news, it was another blow on his mental state. Dog was told he needed a spinal fusion and a knee replacement at 28. The limiting factors would be lifelong and limit dog, even more. Appointment after appointment happened and solutions were made. The news was positive after more MRI’s were taken from dog and different methods of managing the issues were produced. Long story short, Dog’s knee should be sorted soon and he is getting epidural injections in is back with the first one being a week ago. The first one went extremely well! Waking up with no back pain was amazing. At the time Dog really didn’t know how much it was affecting his life until recently. It really has changed things for the best.

Alright, with all the bullshit out of the way onto other business.

Dog why you act the way you act? Why the cold paw sometimes. One word, protection! Dog past sometimes pops up in people and Dog acts the way he acts to protect himself and Sir. Dog was used by some of his older friends for financial reasons or what he had, whatever someone can benefit from. Dog tries hard to never let this happen to him and even more with Sir. We are perfectly happy with our kinks and the lifestyle we live. That being said it doesn’t mean we do not want to meet likeminded kinksters and have fun. It just means we do not want to be taken advantage of. If it happens to Dog that’s one thing, but if it happens to Sir, that will devastate Dog. Dog owes Sir everything and would never let that happen. In the recent past, a small few have tried to get between Sir and Dog, people have contacted Dog and trying to leave Sir out and vice versa. Dog belongs to Sir and Sir values the bond he has with dog, so if your intentions are to break that bond, it’s not going to work. Same goes when we are both at events. Dog is Sir property and does not like to leave Sir’s side. Dog does what Sir wants to do and goes where Sir goes. Sometimes Sir just wants to sit on the sidelines and hang out. Another factor was dogs medical condition. Being in long-term discomfort is not fun and did cause Dog to be salty a bit (a lot). But with his recent treatments, Dogs been feeling way better and very positive. If you’ve felt like your getting shade or the cold paw from Dog, please don’t just think Dog thinks you’re trying to get something out of him, there’s been a lot going on and dealing with chronic back issues. So if you feel that is the case, just ask. Dog is very upfront and will tell you.

Time, jeez we wish we had more.  Unfortunately, he got tired of trying to keep in contact with some. Communication is a two-way road and if he feels its one-sided, he’s just going to give up. It hurts Dog to make friends and events but after the event, Dog’s forgotten until the next event. Dog pays attention to this and would rather not waste his time. Friendship is something very strong with Dog and values each and everyone.  Dog gets that people get busy, he’s guilty of that himself and is something he is working on.

Vistors! Yes, we’ve had a few people come over to the new compound and it’s been exciting and fun! We love having visitors over, but this is something we do carefully. No there is no admission fee or application. But for safety, we do require meeting at a public event beforehand to get to know others and this means more than exchanging a few words. The stuff we do can be dangerous and on the other paw, its something very private and there needs to be trust. Trust isn’t something that’s gained by a simple recon messaging asking to come over. Also, as stated earlier, our belief is, if we are going to open our home and kinks to someone than there needs to be mutual friendship and connection. Unfortunately, those jumping to playroom to playroom, we will probably not be on your route. It’s not like oh look at them, they are too good or exclusive for me. Those have found out, we don’t care how much gear you have or what you look like. We care if your a genuine person and we can have mutual trust.

Any doubts? Don’t be afraid to talk to Dog. People change and it’s sometimes for the good, Dog see’s this and is forgiving. There was once a gentleman that faulted Dog because the way Dog would sit or stand while dogging wasn’t the correct posture and told Dog he wasn’t using the proper dog form. Well, recently the same individual came out to say something that Dog has said before. Pup play is what you make of it. Its something you and your handler decide and how you do it together. There is no rule book or rubric on how to do pup play so have fun!

To sum up this novel, things have changed for the best for us and things are continuing to settle.

In conclusion, Dog is feeling mega better but sadly, he will be slowing his online footprint to focus on Sir. Yes we will continue to post the happenings of Sir and Dog and both be reachable, but its only fair to give Sir the attention Sir needs.

BTW the annual Catsuit giveaway Dog’s been doing will continue so keep an eye out for it!